The plant that today produces zintek® in Venice Porto Marghera was one of the first industrial settlements in the area.

During a history lasting more than 80 years, this location has changed shape and function, while maintaining its productive vocation: all that Zintek is today is also the result of this unique story in the Italian metal-working sector.

Home / Who we are / Our history 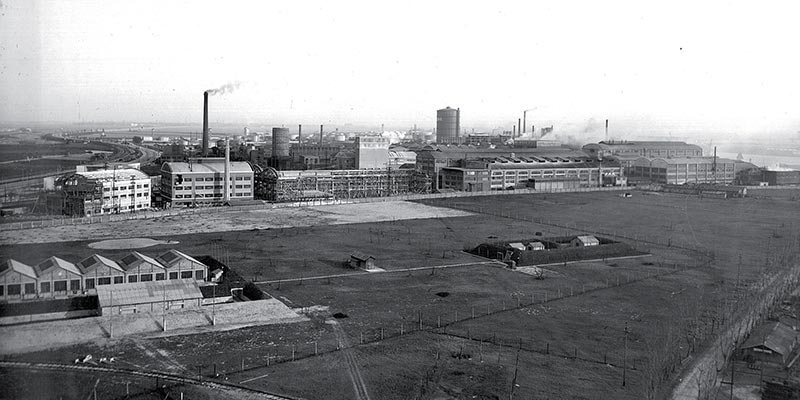 The origins of Porto Marghera 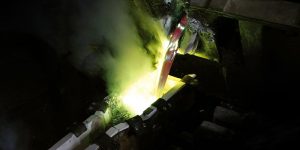 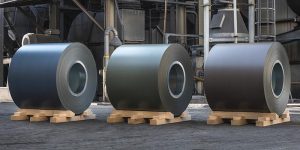 The birth of Zintek S.r.l. 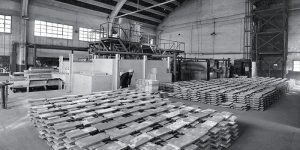 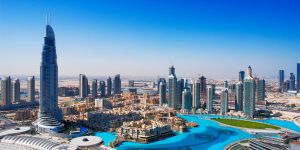 Privatization and joining the Cordifin Group 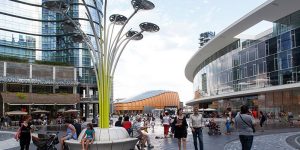 The origins of Porto Marghera
— 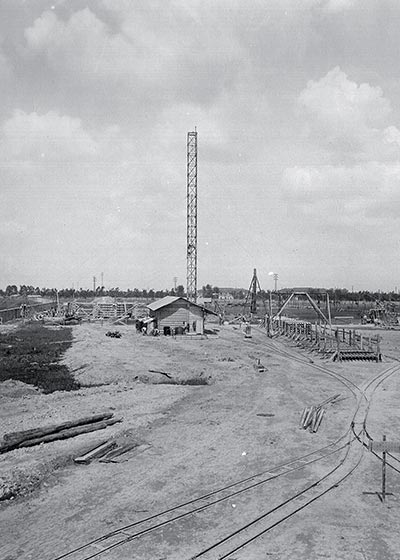 At the dawn of the twentieth century, the importance of the port of Venice was second to that of Genoa only. In order to compete with other Mediterranean markets on an industrial and productive level, the city needed to start expanding on the mainland.

The arrival on the Venetian economic scenario of a group of entrepreneurs and industrialists aiming to redefine the role of the city in the major industrial sectors – and with a markedly international perspective – helped Venice make key steps forward in terms of the management of capitals and companies. The main exponents of the “Venetian group”, as historians of this period have named it, were Count Giuseppe Volpi di Misurata, Vittorio Cini and Achille Gaggia, who led the economic and cultural development of the city up until the outbreak of the Second World War.

In June 1917, Count Volpi founded the Industrial Port Company of Venice, and the next month he promoted an agreement between this company, the State and the Municipality of Venice, that decreed the birth of a new city within the city: Porto Marghera.

This area, well-suited for the management of fuel and coal traffic thanks to the local railway structures, was reclaimed and a new canal, named Vittorio Emanuele, was dug up specifically to connect it to the Giudecca channel.

The first production plants in the area were constructed during the 1930s: one of the these was the complex that 80 years later became the zintek® production headquarters. 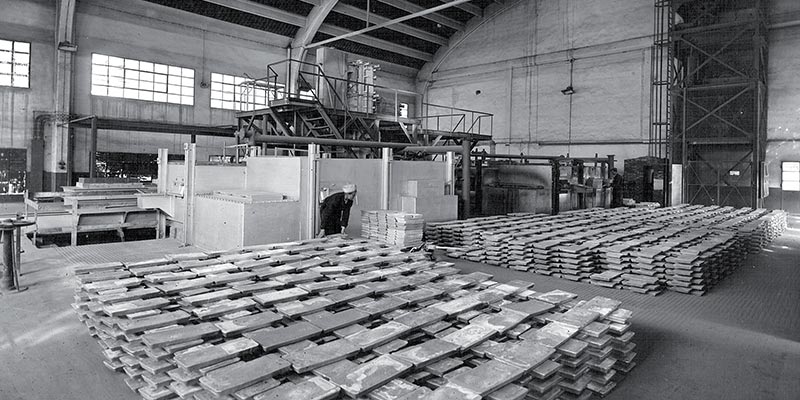 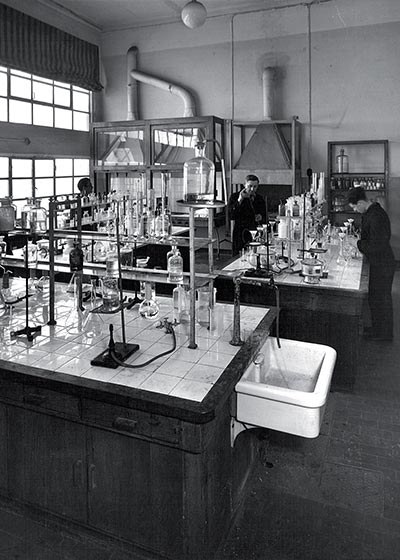 The plant, located in via delle Industrie and featuring a private jetty for ship docking, was built as an industrial complex dedicated to zinc refining.

The mineral, the blendes, came from the Sardinian mines in Montevecchio, managed at the time by the former Montecatini firm, which had decided to operate in the production of zinc and its derived products.

The electrolytic treatment of the metal gave birth to zinc cathodes, and these in turn allowed for the creation of alloys, rolled products, wires and other minor productions.

The plant went on to specialize in the production of silver, lead and innovative metals for the time, such as cadmium, indium and germanium.

Cutting edge chemical and physical labs were built between 1936 and 1940 to perform analyses and tests on new products.

Thanks to intensive research, the plant became one of the main reference points in the non-ferrous metallurgy sector of the Venetian industrial hub.

During the Second World War, the entire Porto Marghera area was considered a strategic target by the Allies, and the plant suffered major damage.

However, its reconstruction was immediate, and production was restored in the early 1950s. 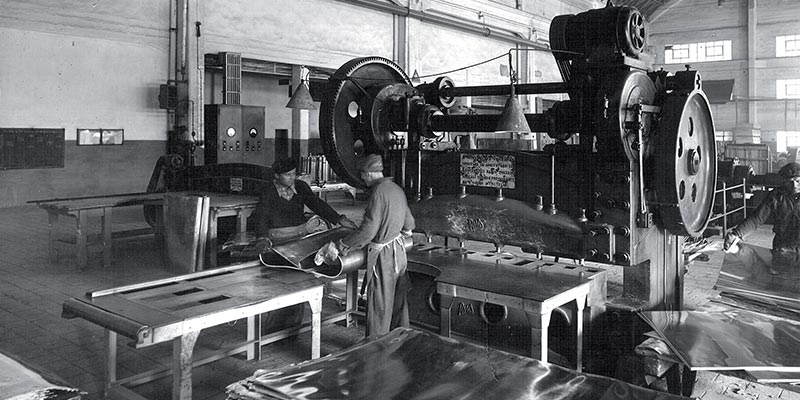 This was the period of greatest glory for the area: over the next couple of decades, the Venetian industry became an actual industrial empire capable of giving birth to an avant-garde work culture, with a 24/7 organization of operations and an export system designed to conquer new markets.

After a period of instability which struck Porto Marghera between the 1960s and 1970s, during the early 1980s the plant – at the time a public State enterprise owned by Eni – started producing a new zinc-copper-titanium alloy called zintek®.

From 1984 onwards, thousands of tons of the product were launched on the European market, where its use was part of an already consolidated tradition. 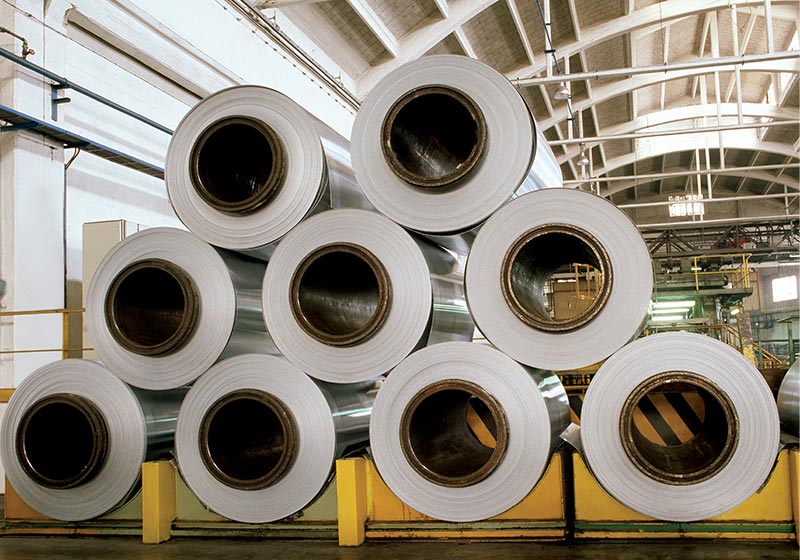 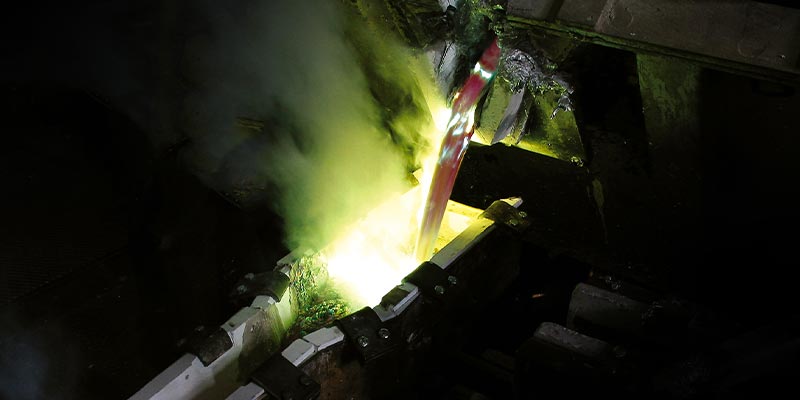 Privatization and joining the Cordifin Group
—

In 1997, following the decision by Eni to keep ownership of the petrol, engineering and services sectors only, its mining and metallurgy plants were placed on the market – including the one in Porto Marghera.

The Cordifin Group, a Venetian holding operating on an international level in the industrial, real estate and financial sectors, decided to purchase the plant, thus gaining an efficient structure extending over an 86,000 square meter surface, with 48,000 indoor square meters. 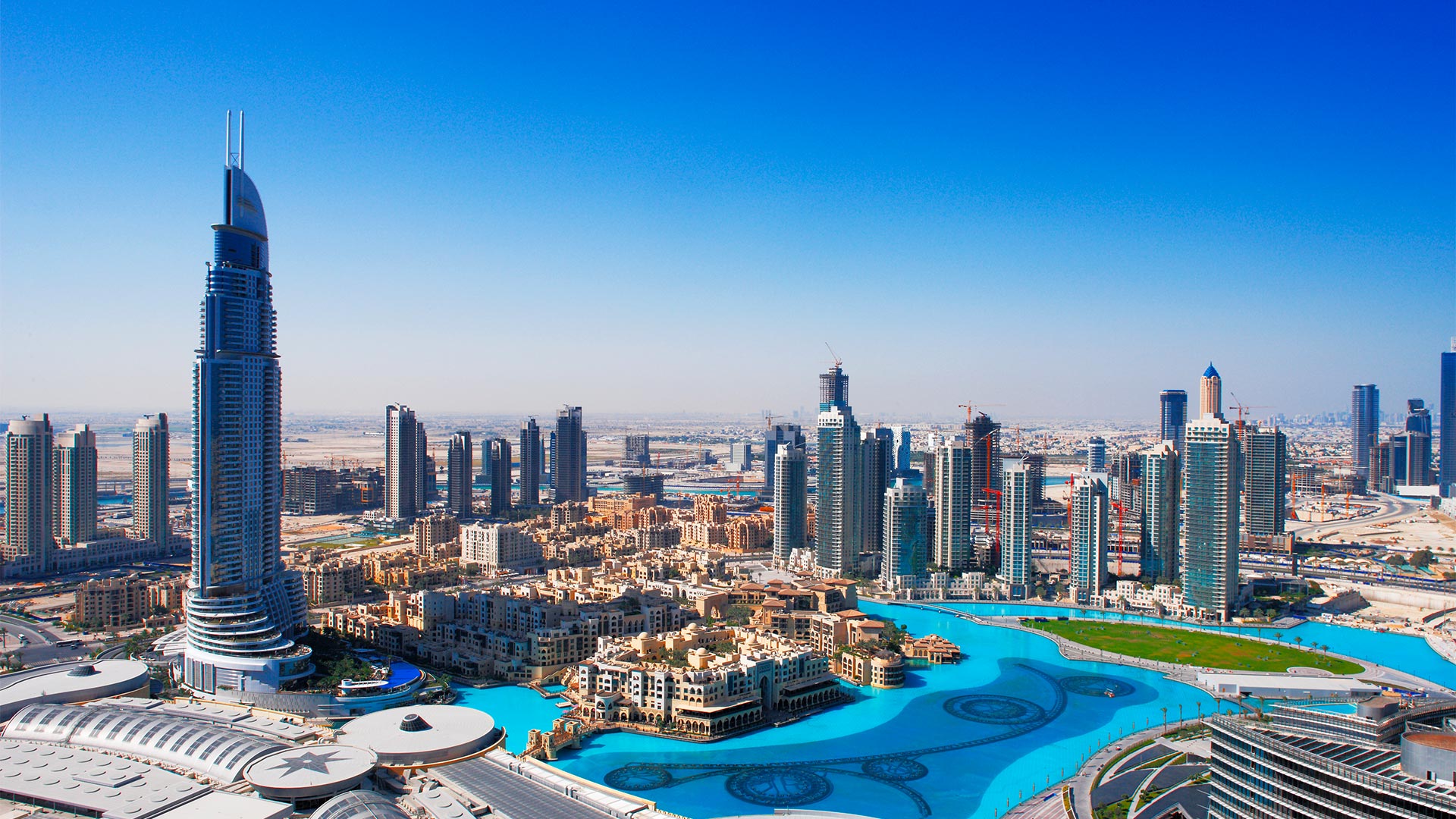 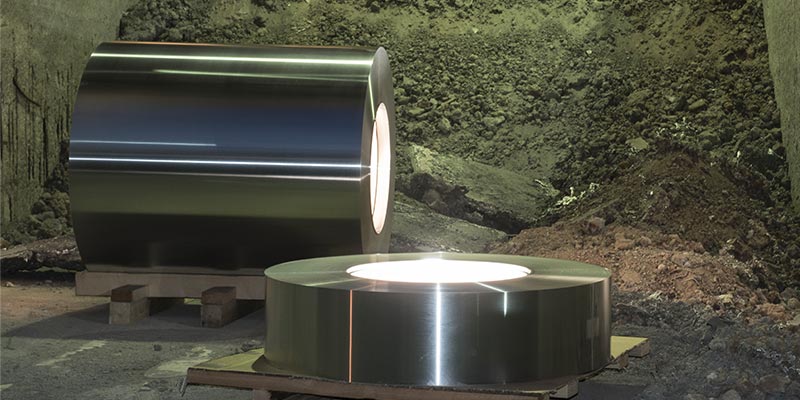 In 2003, the Cordifin Group opted for a strategic move: to create a full supply chain for zintek® rolled products, capable of covering every step from the liquid material to marketing and architectural applications, checking and following each step of the production, design and sales process. This is how Zintek S.r.l. was born.

The first projects the company worked on took place in the Veneto region (residential buildings, hotels, inns, commercial buildings); from here, its work expanded to neighboring regions and the rest of Italy.

2006 was the year of the first major test for the product: the Carrefour shopping centre in Limbiate (Monza and Brianza), the chain’s largest hypermarket in Europe, where the zintek® cladding solution became much more than a cladding solution, given that its presence defines the very physiognomy of the building.

During the following year, Zintek participated in the conservative restoration of the Molino Stucky Hilton Hotel on the Giudecca island in Venice.

The ease with which an evidently contemporary element such as zintek® adapts to historical buildings was further confirmed three years later in another two major restoration operations, for the Church of the archangel Saint Michael, in San Michele di Piave, and for the Postal Office Building of Trieste, which was highly celebrated by the Italian Post organization. 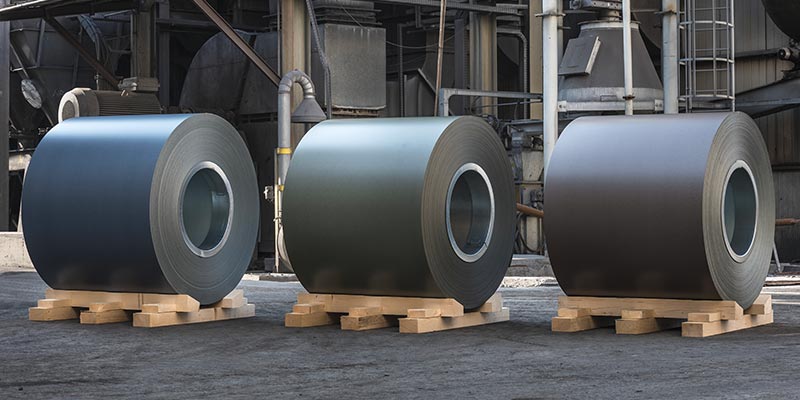 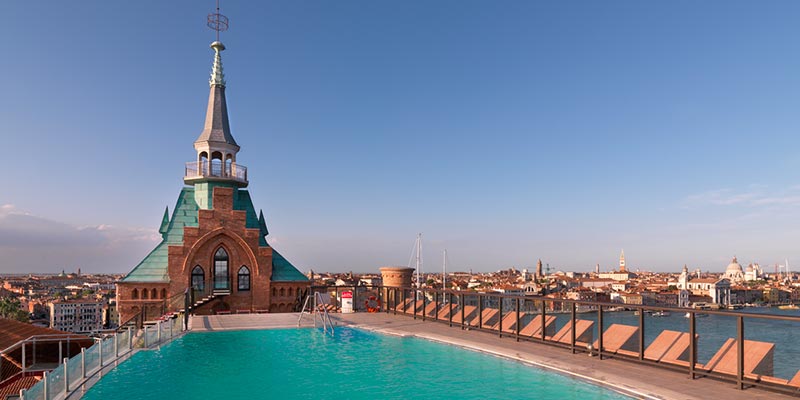 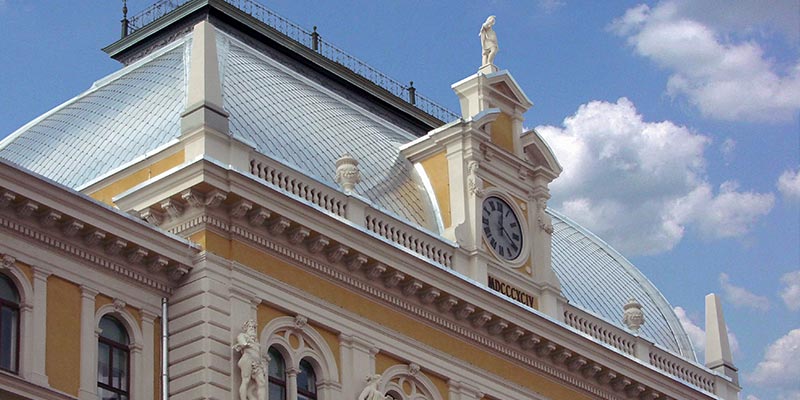 Today, Zintek is a well-established company, both nationally and internationally.

It has participated in highly relevant projects such as the requalification of the le Albere Neighbourhood in Trent (designed by Renzo Piano), the UniCredit Pavilion (designed by Michele De Lucchi), the new Prysmian headquarters (designed by Maurizio Varratta) and the San Luca Auxology Hospital in Milan (designed by Tobia Marcotti), and has been among the most active firms in the collective plan for the rebirth of the Porto Marghera area.

Here, the company participated in the construction of particularly important buildings, such as the tower known as the Ex azotati, the highest-standing edifice in Marghera; the Cittadella dell’Edilizia, operational headquarters of the National Association of Construction Firms; the Venice Lifestyle center, a multi-functional exhibition centre located near the Polo Vega.

Since 2018, Zintek has initiated an internationalization process, addressing the European and extra-European markets by opening showrooms and launching collaborations with local partners.